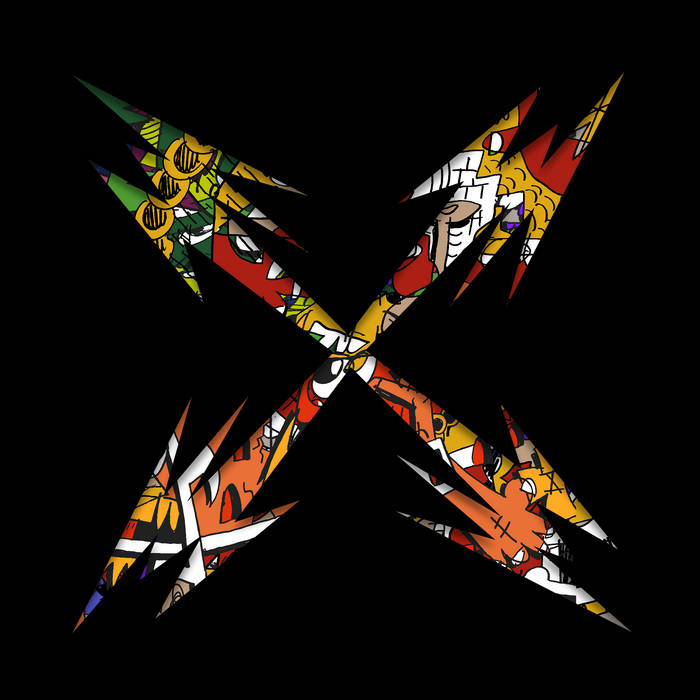 Hairyderriere Nevey Beve-y loves this track too, so it must be good. And it is. It is.

This collection is essential. Favorite track: Without You.

mynameisblueskye IF you want a whole compilation chronicling the spectrum of genres that Brainfeeder touches upon since its inception (from lofi hip hop to ambient to R&B to even Jazz music), you can't go wrong in using this compilation as a way to introduce newcomers into miniverses collected by the elusive and playful producer FlyLo himself!

Alasdair Duncan A great compilation of one of the most forward thinking labels around but some notable absences (no Kamasi Washington?). Favorite track: Ain't No Coming Back.

Skimaskkass Too much music to digest. Highly recommend to buy this. It's like a fount of insanity. Favorite track: $easons.

Andrew Jervis Happy 10th Birthday, Brainfeeder. Thanks for the tunes - can we have at least 10 more years please?

For the last ten years, Brainfeeder has reminded the world that the future is only as far away as it needs to be. It’s less a label than an international conspiracy to conquer clichéd sounds, a glowing neon helix re-organizing the DNA of hip-hop and house, jazz and ambient, techno and soul, funk and footwork and every other strain of beat music that eludes compartmentalization. The Flying Lotus-founded label has become a sanctified refuge for those who believe that nothing is too weird, genre is largely obsolete, and the wildest style will always reign supreme.

It is where Sun Ra would have signed. It’s the rightful inheritor of Alice Coltrane’s most mystic and astral prayers. George Clinton technically released much of his canonical work on the Casablanca imprint, but when he signed to Brainfeeder, he seemed most spiritually at home. If it isn’t considered among the most innovative and impactful independent labels of the last decade, you probably wandered down the wrong rabbit hole on wholly ineffective hallucinogens.

In the pre-gentrified expanses of Hollywood, the Valley, and Lincoln Heights, at Dublab and at Low End Theory, the lawless sonic collusion sparked what became Brainfeeder. You can hear the formative influences of Radiohead and Dilla, Aphex Twin and Shadow, Boards of Canada and Dr. Dre, John and Alice Coltrane and Portishead, but in the Brainfeeder constellation, they assume wholly original forms. These are beats hexed with delirious sun and stronger sativa, adhering to few of the previous nodes of sound. As Lotus once said: “It’s some Braveheart shit”.

The list of co-conspirators doubles as a short list of the millennium’s best. Scan the tracklist for a reminder of these extraterrestrial Afro-Futurist odysseys, distorted and muddied psychedelia, and samba-infused hymns to the Boxer rebellion. High-powered by MPCs, DMT, and the blinding lightning bolts of invention. Brainfeeder had everything you needed this decade from glittering wind-chime glides to golden apocalypse odes to ecstasy and cats.

If the resuscitation of jazz has been one of the predominant narratives of the last several years, it’s unquestionably due to the lasting impact of the Brainfeeder confederation, via their imagination, wry humor, and total fearlessness. These are artists who exist in in-between states, the interstitial vortices between genre, who don’t merely slap together old ideas to create something new, but rise up from underneath, intuitively aware of the historic cross-pollination of ideas without being academic or pretentious. This is fundamentally LA shit, carefully franchised worldwide to spiritually aligned kinsmen.

The list of classics is scarcely contained over these two volumes - one is retrospective, the other comprises an unreleased future canon. Movements rise and fall, but the ideas espoused over the last ten orbits remain indelible. If Brainfeeder hadn’t built the future, no one else could have even dreamed it.

Bandcamp Daily  your guide to the world of Bandcamp

Cannibal Corpse's George "Corpsegrinder" Fisher stops by for an interview